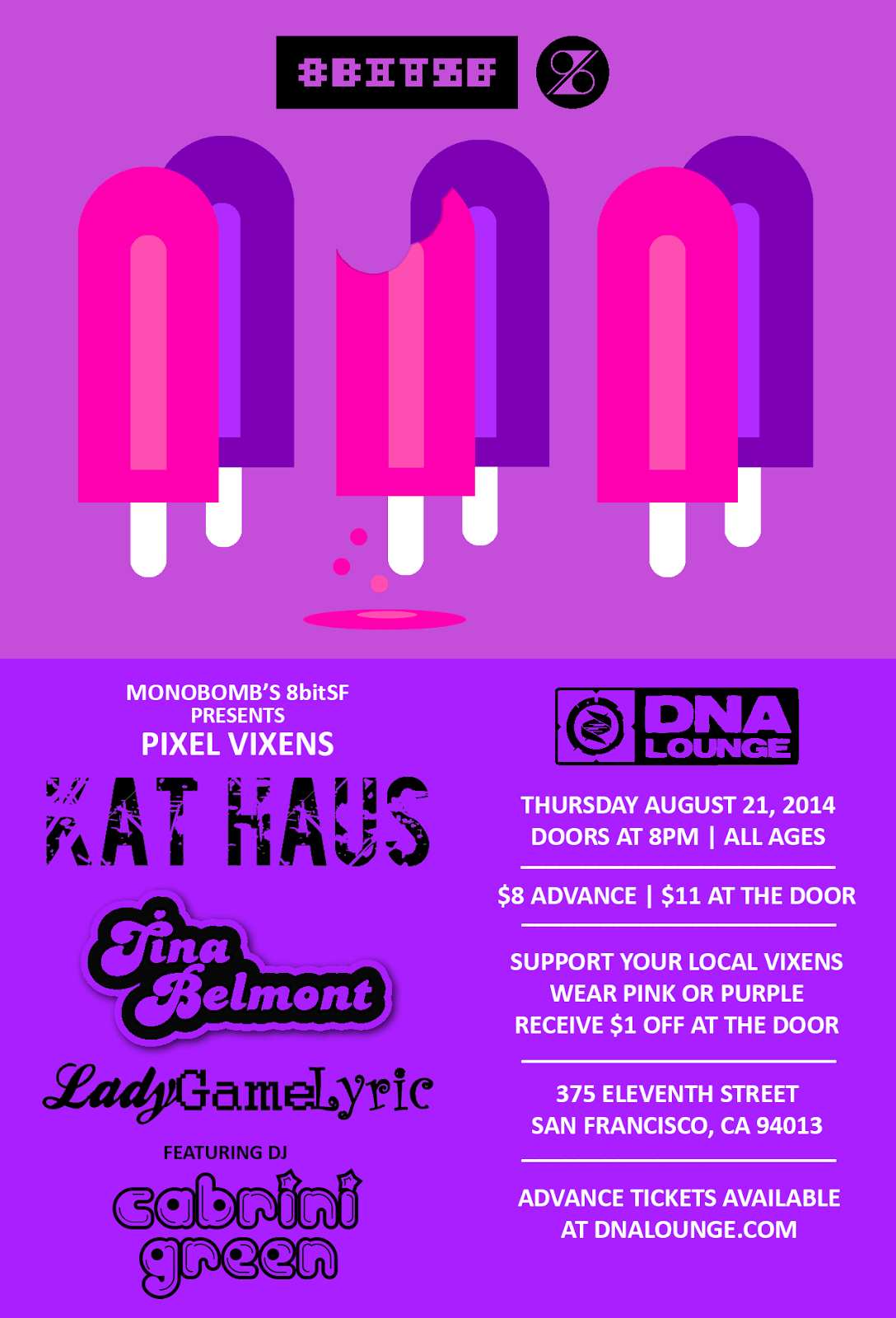 KAT HAUS duo Sweet Livvy and Tucknasy met via the dark corners of the internet. From their mutual love and obsession with their feline babies, KATHAUS was born. In their music one can hear Tucknasty's affinity for pop, trap, and house, and Sweet Livvy's love of harmony and the ethereal. Tucknasty brings a joyous levity to Livvy's often darker sensibilities creating a unique and accessible emotional and sonic landscape. Their live show is not to be missed.

Idol Princess Tina Belmont is a magical girl from a far away land of rainbows and unicorns and castles in the sky, who was sent to our world to spread joy and happiness to all of the children of the world! (Yeah, that's the ticket. Just play along and nobody gets hurt!)
Her somewhat unusual strategy to accomplish this involves singing cutting and insightful songs based on her disappointed wanderings in our depraved and disgusting excuse for a world. Because the surest way to make everybody happy is by pointing out their flaws and how bad their situation is, right?Right?!
Look, perhaps it might be more appropriate to dub her "Gothy Punk Rock Princess Tina Belmont" or something like that. I mean, she doesn't dress like a punk or a goth or anything like that, but these songs are dark, often cutting, and occasionally snarky. They don't necessarily fit the genre expectations you'd expect for the subject matter though...
Some of the songs you might be hearing include:
"Very Becoming", which which blends glitchy minor key verses with classic rock choruses in a song about a friend's gender change.
"Stupid Little Girl", a punky new-wave number about a needy, needy friend.
"It's a Trap!", a straight new-wave pop number about the joy and fear of life as a...
"Go Slowly", a lovely ditty inspired by Japanese "Gothic Lolita" fashion. Because in Japan, Goth is pronounced "Gosu" and Lolita is abbreviated to "Loli" and you put them together you get "Gosuloli"... "Go Slowly". Get it? Get it?
"Babydoll" is sort of a Morrissey meets the Violent Femmes number that EVERYBODY can relate to... it is about SECRET SHAME!
"The Drama" is a lovely ditty about so many of the folks in LA who seem to get off on causing pain to others...
Something for everybody! Fun for the whole family!
Tina is also the (a?) creator of the awesome music creation system "Rhythm Core Alpha 2", available for the Nintendo DSi or Nintendo 3DS game consoles. Download it from the eShop today! (It is under "Applications".) She will be performing all of the songs using that very same program!

Lady Game Lyric is a song parody writer and singer from San Francisco, CA. She enjoys taking popular songs and rewriting the lyrics to be about her favorite video games. She currently maintains a YouTube channel that features her rewritten lyrics about games like League of Legends, The Legend of Zelda, Pokémon, and Assassin's Creed. Video games made her. So she remakes songs about them!

VISMANCIENNE [visualmancer] is a recent visual project of LA resident Leah Oakes. Leah is a graphic designer, photographer, and chip music journalist who is actively involved with 8bitLA and musters inspiration from kitschy pop culture and obscure geeky references. VISMANCIENNE is a cerebral experience aimed at stimulating your psyche.