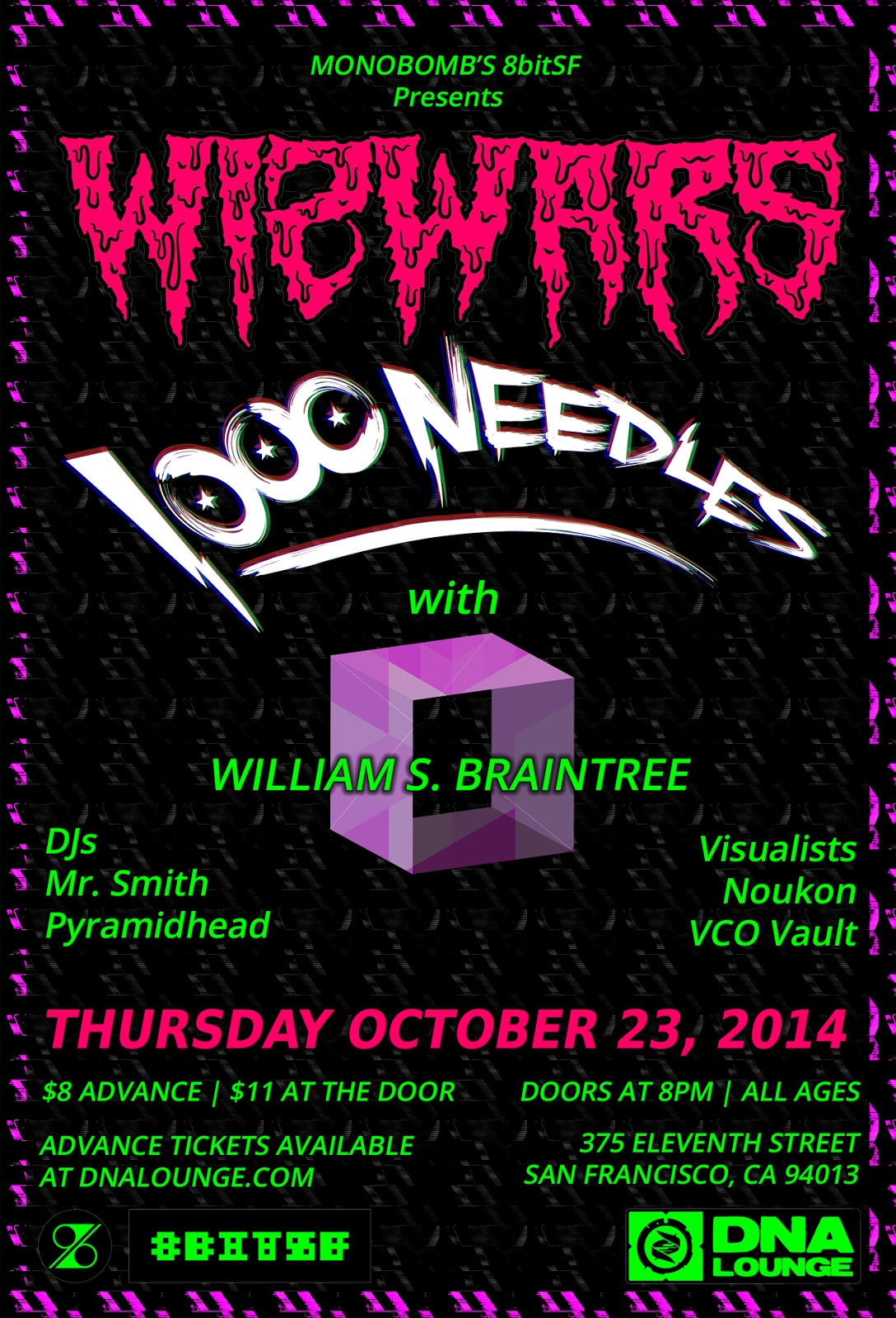 Born in Los Angeles, raised in Alaska, and fueled by 4 Loko, Kevin "Wizwars" Gnartinez is a larger than life veteran of the West Coast Chiptune scene who uses Nintendo Game Boys and a Squier Jaguar to mix melody with chaos and create high energy Chiptune anthems. He is known for taking himself too seriously, displaying wild and erratic behavior, drinking too much before shows, and occasionally having pink hair.


1000 Needles is a Super-rad chiprock/bitpop band that has a tendency to wander the streets of Los Angeles while bellowing out pulse wave-infused melodies, all for the sake of fighting the forces of mundanity. They'll sometimes slay a monster or two, should the opportunity cross their path. Jesse plays bass and specs rogue. Will plays drums and specs mage. They like trees and are powered by Del Taco.


William S. Braintree is a composer and producer stationed in San Francisco, CA. His unique brand of electronic music is often fast and colorful. Heavily melodic with a penchant for glitchy drums, he fuses elements of 8-bit video game music, baroque, and drum and bass.


Pug afficionado and full-time salsa Baron, DJ Mr. Smith mixes the sounds of Chipmusic, Electro, Retro Wave, Nerdcore and your annoyingly loud neighbors for an experience that many nightclub critics have enthusiastically described as "Moderately unintrusive. I didn't realize there was a DJ until I saw two people standing in the sound booth." Witness the sheer insanity of someone turning dials that affect things your ears interpret as music, and leave the venue saying, "Well, that was certainly someone DJing."